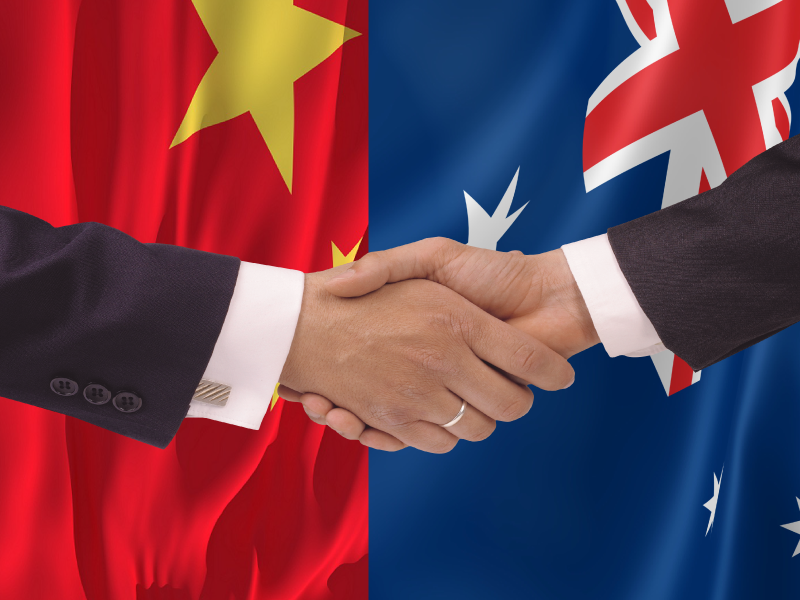 With its natural beauty and laid back lifestyle, Australia has been and still is a top destination among holidaymakers. While New Zealand holds the number one foreign visitors to Australia for many years, it has seen stagnant growth. The country that’s making the most of their holiday down-under now is China. In this article, we will focus on the Chinese buyer mentality and shopping habits and how you can market to Chinese consumers locally and online to get your business China Ready.

As Chinese people get wealthier, they are shopping and  traveling more and Australia remains one of their top destinations. As a matter of fact, China has overtaken New Zealand now as the number one foreign visiting nation in Australia with almost 1.5 million visiting last year [2].

Not only are they visiting more, they are also spending more. Research has shown Chinese spend more more than $8000 per trip, more than the UK and the US (http://www.abc.net.au/news/2016-07-15/chinese-tourists-spend-more-money-in-australia/7633736).

Cashed Up and Ready to Spend

Chinese tourists spend $2500 per trip on shopping and with its widespread counterfeit problem at home, Chinese visitors like to splash out on branded clothing and accessories. Organic foods and supplements are also a hit. It doesn’t matter if they can get the same brand in their country, they will always pay more for an identical product in Australia because they know they are getting the authentic product and not a counterfeit or a watered down version.

Why are Chinese Traveling to Australia More?

It’s not that Chinese are traveling to Australia more, it’s that they are generally traveling a lot more as a nation. Apart from Australia, the Chinese also love to visit France, the US, Japan and the Maldives.

Foreign visitors to Australia by country – Australian Bureau of Statistics shows Chinese’s explosive growth in the past decade compared to other countries.

Shopping holidays are common for Chinese people but at home, they are also spending up on Aussie products.

During the Chinese new year ( mid February), student holidays and Xmas time are when they tend to spend the most. However, the day they spend the most by far is Singles Day November 11th.

Is like Black Friday, Cyber Monday or Click Frenzy in that most retailer partake in nationwide discounts. The date November the 11th or 11.11 was supposedly for single people to indulge by spending on themselves but it has now turned into a national shopping event. Singles day is an online only event and it sets the record as the world’s largest online sales event in one day.

In 2016, 23.39 billion worth of sales in one day was reached – more than Black Friday and Cyber Monday combined.

Yes, this is exactly what happens during Singles Day 11/11.

What Chinese People Love to do When Traveling

Chinese people love bragging rights. They like to flaunt their wealth especially in front of other people. It’s not necessarily an act of vanity but it is a cultural thing. Chinese have a proverb ‘ren yao lian, shu yao pi’ which translates to “people can’t live without ‘face’ or reputation just as a tree can’t live without it’s bark”. So it comes with no surprise that they like to shop when they are on holidays. They will splash out more on souvenirs to take back home than they will spend on tourist experiences here. This is because it’s in Chinese culture to buy souvenirs to curry favour for business and to show other people they’ve been to a particular place or destination.

Don’t be surprised if you see Chinese tourists spending more time on taking and posing for photos than actually enjoying the event or attraction.

Two young ladies having fun on the beach. Don’t expect this to be the norm back home because in general Chinese girls prefer whiter skin than a tan as it’s deemed more beautiful.

Now that we identified the spending power and some shopping habits of Chinese buyers, we need to set up an action campaign that takes advantage of it. Below are some ways to promote your brand and products to Chinese customers:

How to Have Your Business China Ready

Having a translated Chinese brand for recognition

A vast majority of Chinese people doesn’t understand English and how to pronounce words written in English so in order to promote your brand there, a translated Chinese name will do wonders for localisation and recognition. This will make your brand easier to remember and be readily accepted. For a good translation, take into consideration phonetic sound, name, meaning and message behind your brand.

Below are good and bad examples of English translated Chinese brands

Lost in Translation – American brand Best Buy’s translation is ‘bai si mai’ which sounds similar to best buy in Chinese. However, to a native Chinese the meaning is ‘Think 100 times before buying’. It’s easy to see why it failed to connect with Chinese shoppers.

Retailers Missing Out on Boom

Tour operators/ staff – Although, not every store will need a Chinese speaking staff, having one doesn’t hurt and shows your enthusiasm to welcome them as customers.

At the very least, have signs in your shop, business or attraction that says a welcoming message or instructions. Do not be over reliant on Google Translate however.

You may think everyone has a MasterCard, Visa or American Express credit card. Wrong! China’s most popular Credit Card is actually UnionPay. In fact Union Pay’s long held monopoly over the domestic card market only came to an end in June 2016 (http://www.scmp.com/business/banking-finance/article/1968737/chinas-55-trillion-yuan-credit-card-clearing-market-now). In the meantime if you want Chinese clients, apply for an account to accept Union Pay with your bank soon.

To cater for Chinese clients, menus and pamphlets that’s written in their language will make their stay more enjoyable and memorable so they can share with their friends in person or via social media. When designing menus and pamphlets do NOT forget to include QR code to link to additional resources such as your website or social media!

While originally created for the automotive industry in Japan, QR or Quick Response codes have taken the Chinese by storm and remains hugely popular to this day thanks to Wechat, China’s version of Whatsapp that has a built-in QR scanner thus allowing more than 600 million of its active users access to its functions.

When planning your marketing material, there are a few things to keep in mind. Avoid the numbers 4 and black colors besides both of these resemble death and bad luck. You may find buildings that are missing the 4th or 14th floor in China. Gold, silver, rose similar to the new Apple Iphone is normally favored by Chinese people as it’s good luck. The number 8 is also good luck as it sounds like the word ‘fa’ which translate to ‘prosperity’. So pricing a product $888 is a better pricing strategy than $444.

A big part of succeeding in China is having your brand recognised online. With over 1.1 billion active mobile phone users, China is at the forefront of the digital economy and how you market to them will determine your success or failure.

In summary, having a Chinese website can have the following benefits:

Google translate is good at getting the general idea of a sentence and works most of the time but do not be too reliant on it. Below is a literal translation:

As you can see above, sometimes Google Translate just plain fails. The reverse is also true. Just go to any Chinese website, hit Google Translate and see what you can understand from it. To really connect to Chinese buyers, you will need a multilingual website.

China has a very strict censorship and surveillance system in place and for websites that don’t adhere to their views politically you can be sure they will get blocked. While there are no sure fire ways to know if your website will get blocked, a good guide is to look at existing sites that are blocked and not associate your website with them or link to them.

For a list of the most popular websites that are blocked by the Great Firewall of China check here. You can see many of the most popular websites today are blocked including Google, most social media, pornographic and news websites. Another way you can disassociate yourself from blocked websites is having a dedicated server rather than shared hosting with known blocked websites.

After reading the above, you’ll be under the impression it’s best to host your website in China. That way you can get unrestricted access and faster speeds. Not quite. You will be under the scrutiny as outlined above and maybe even more so. To have a website in China, you will require a business registration number, be currently operating in China and have an ICP (Internet Content Provider) license. Getting an ICP license is a long and complicated process that we do not recommend you do yourself. There is a way around it though and that is not in host in China entirely.

Host in surrounding countries with a more lax registration process. This allows for the fastest speeds and unrestricted access.

Wechat or Weixin in China is a popular messaging app similar to WhatsApp in the western world. WeChat has functions and features to that of Facebook and Whatsapp combined which is why many people prefer it over WhatsApp. Likewise, people who want a simplified platform prefer WhatsApp. While we won’t be comparing the two in this article, we will point out that Wechat is by far the most commonly used among Chinese people.

Wechat also offer companies and businesses an option to create an Official Account. Similar to a Facebook business page, an Official Account allows your business to provide article feeds to subscribers. To apply for a Wechat account please visit http://apply.wechat.com/

Hopefully this articles provides you with some insights on how to sell to the Chinese consumer. It only touches the surface. In part 2, we will explain in greater detail on how to promote your business digitally in China and how Chinese culture influences buying habit and preference.

That side, all businesses are different and do not take a one size fits all approach. What’s been working for you? What hasn’t? Please share comments below.

To get your business China-Ready regarding branding, multilingual website localisation, digital marketing and more, please do not hesitate to contact us with your requirements.

http://www.blockedinchina.net/ – Test if your website is blocked in china